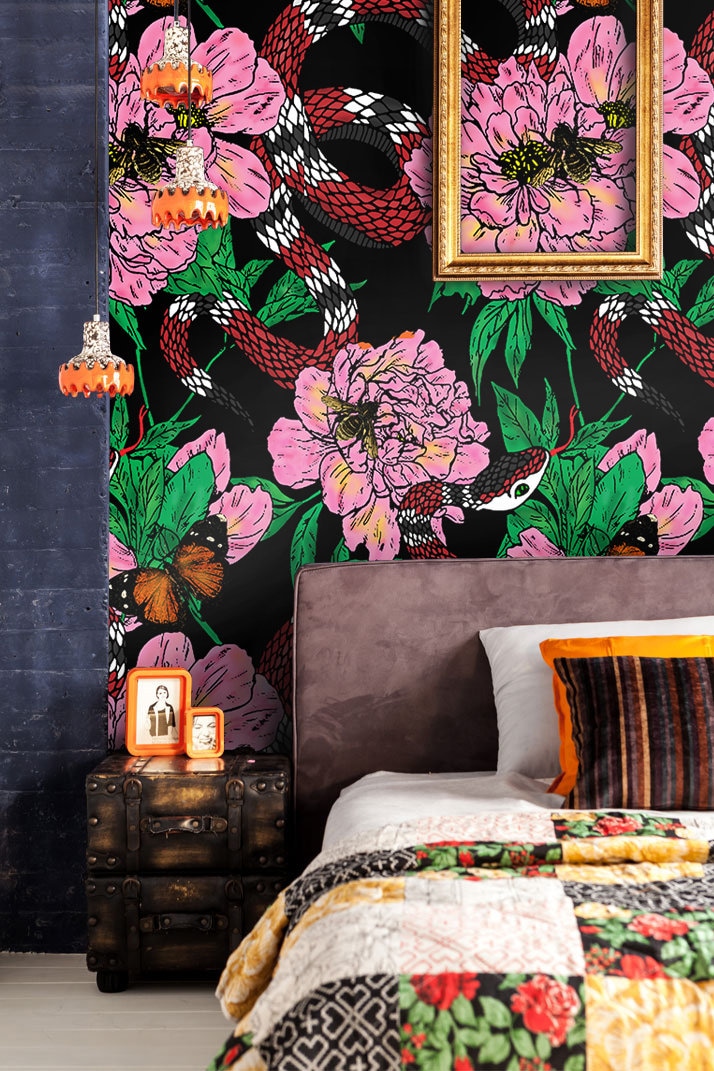 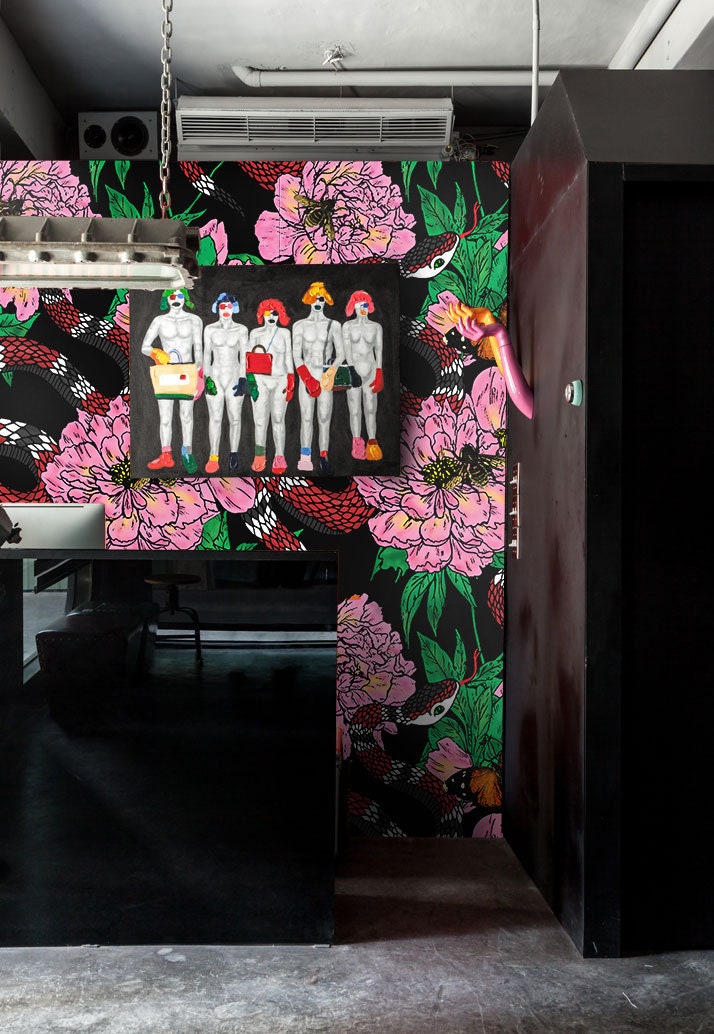 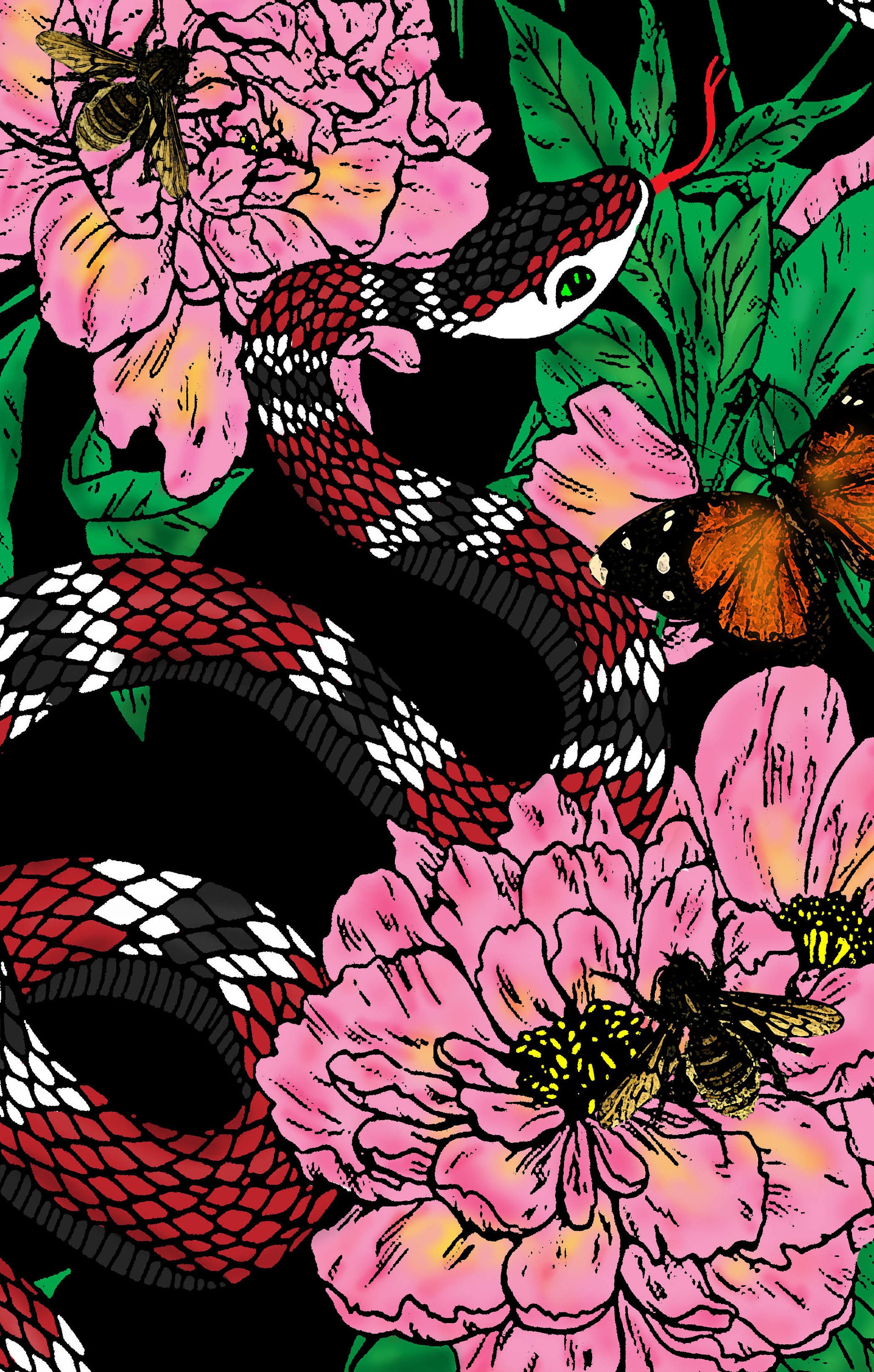 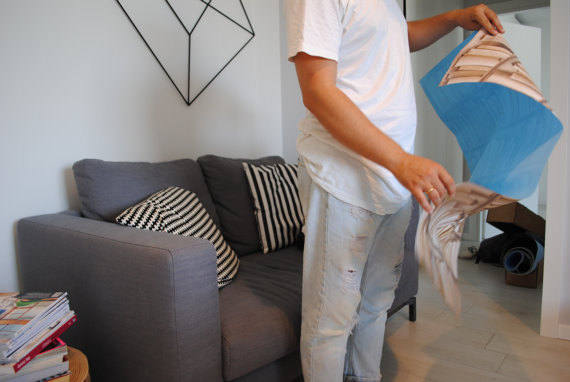 The Urobor snake, commonly called Ouroboros, is a very ancient symbol, present in many peoples and in different eras. In this case, the wallpaper we have drawn takes up an ancient subject and proposes it again in an endless wallpaper, in which two snakes are knotted.
Seemingly immobile, but in eternal movement, it represents the power that devours and regenerates itself, the universal energy that is consumed and continuously renewed, the cyclic nature of things, which start again from the beginning after having reached its end. It thus symbolizes unity and the primordial androgynous, the totality of the whole, the infinite, the eternity, the cyclical time, the eternal return, immortality and perfection.

Wallpaper with snakes subject with the possibility to choose the background.

The wallpaper has as subject a pattern with seamless snakes.